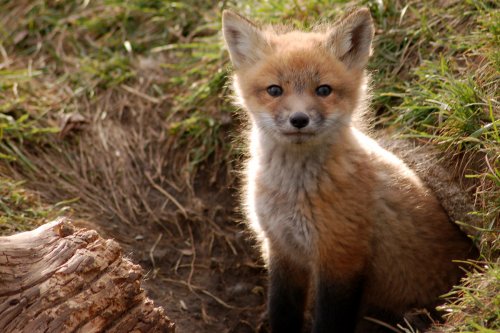 Foxes are beautiful animals and one of Britain’s best loved natives.

However, they can become a nuisance around homes and businesses, both in rural and urban environments. Sympathetic and professional management of fox problems is the best way to let humans and foxes inhabit the same areas in harmony.

Live cage traps can be transported to any location, baited and set to capture the fox live. These traps must be checked daily. When a fox has been captured, the trap can be removed, if more foxes are present a replacement trap supplied. Non target species, cats, dogs and sometimes crows and magpies must be released unharmed. This is a particularly good method for urban foxes.

Fox dens with cubs and adults are best sat over and the occupants shot, traps may be used as well for, individuals that prove difficult. Shooting can normally be a one night exercise, while trapping many individuals can take a week. Shooting may not be an option in some locations. Alternatively, many small traps can be used to capture cubs, sometimes during the day. The parents can then be dealt with at night.

These animals do not come to trap readily; shooting proves the best method, various calls and tricks can be used to lure them close enough for a safe shot.

You Wake Up To This